Do you ship overseas?

We have been having some difficulty in shipping overseas. However, you can acquire many of our books from Amazon who do ship outside the US.

How do you justify books on assassination or that detail combat tactics?

Knowledge is not illegal. Shadow Warrior Publishing is not encouraging illegal activity, we support the laws of the nation and rights of the individuals in the great nation of the United States of America. This includes the right to "keep and bear arms" which means to own and use weapons. This information can help police and military operators be better prepared and can likewise aid in better preparing business man travelling overseas. Using said material requires practice and training, more so the information is no different then manuals by revolutionary guerrillas available for free online, only better.

Why do you carry Ron Collins books?

Shadow Warrior Publishing was formed in part to market Ron's books. Ron Collins has made a lot of enemies standing by ad defending associates like Ashida Kim & Frank who have had a great many bad things said about them as well. The thing is Ron Collins is an interesting and controversial person. More importantly, Ron is the only person who has a very well documented record of being the subject of police harassment. Among his credits is being the student of an outlaw biker/mob enforcer which involved him in a chaotic storm of false arrests and police harassment. Despite the claims of business competitors, associated with Paladin Press which tried to recruit Mr. Collins back in 2002 and only 4 convictions for misdemeanors out of 15 arrests, no one has proven Ron Collins to be the "criminal" he is alleged to be. In fact, 11 arrests many that never went to trial appears more like police harassment the actual criminal activity.

Ron Collins was awarded for being a hand-to-hand combatives instructor, team leader (normally a sergeants position) & winning competitions in combatives, force on force drills and pugil stick competitions. The sad truth is Ron Collins has a certain amount of disdain for the martial arts community as being "paper tigers" who use their certificates as "bad ass pills" and isn't afraid to call them out on it. 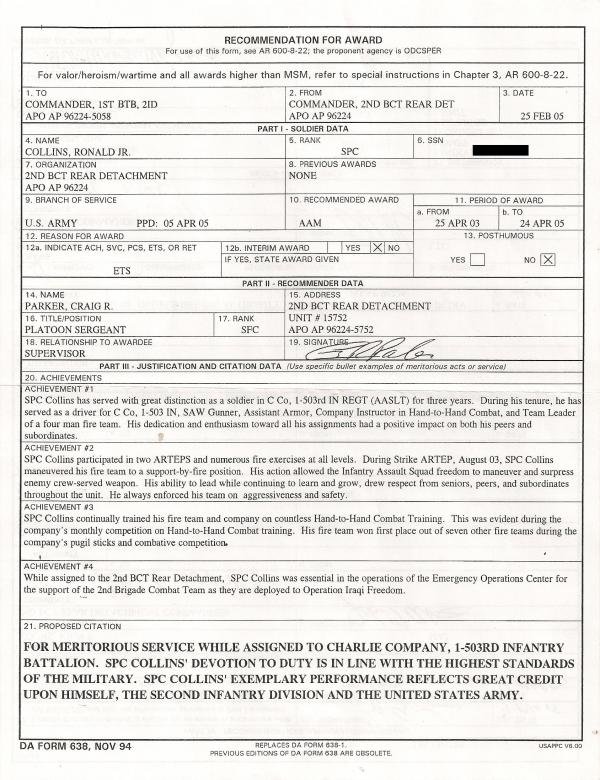 If you don't like him don't buy his work... however, Ron Collins is not the only controversial author we have or the only controversial subject. Ron Collins has spent more time dealing with criminals and violent criminals, without a badge or gun and cloak of authority, then any other martial arts or self-defense instructor on the market save for a select few. Bringing us back to the authority of experience.

Do you accept returns?

Yes, but only for defective products with proof of said manufacturer's defection. We do our best to ensure that no such defects exists and do not ship damaged goods. To maintain our lowest listed prices on our books, we do not accept returns for "buyer's remorse." All sales final.

In truth no ninjutsu system has a proven lineage and the Bujinkan often attacks Koga Ryu practicers to claim a monopoly on ninjutsu. Yet, due to both the research of the Historical Ninjutsu Research Team, Anthony Cummings and even the Iga Ninja Museum in Japan we know this due to a greater understanding of historical ninjutsu. Ninjutsu is not a martial art it is ancient Japanese Espionage techniques & Strategic applications. This information can be found here: http://www.iganinja.jp/en/about/ninja.html

Is Shadow Warrior a member of the IFAA/BDFS & isn't the IFAA/BDFS fake and the real Black Dragon Fighting Society in Fall River MA?

We've personally spoken Grandmaster Bill Aguiar of the Fall River Black Dragons, he is the head of the Dan-te system without a doubt or without challenge. As far the IFAA/BDFS we am a card carrying members of that organization, among others. The IFAA/BDFS is a declassified report on the Fall River BDFS, I assume there are classified reports as well. Here is the report, read it yourself. It is my personal stance not to involve myself in the mater... 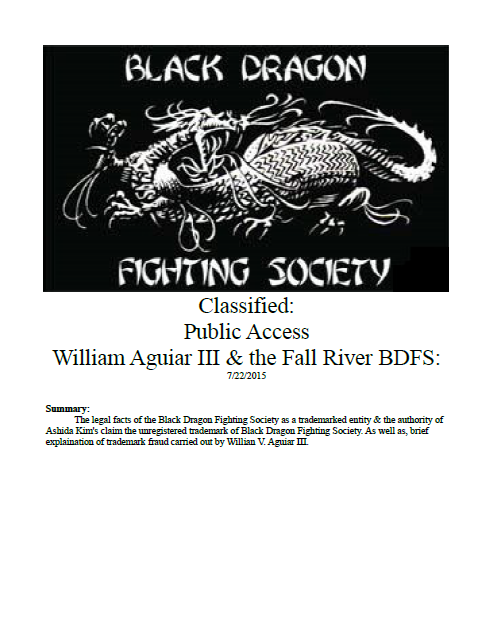 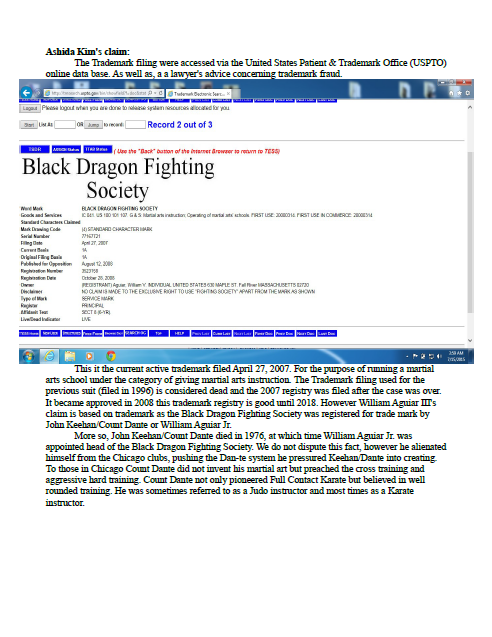 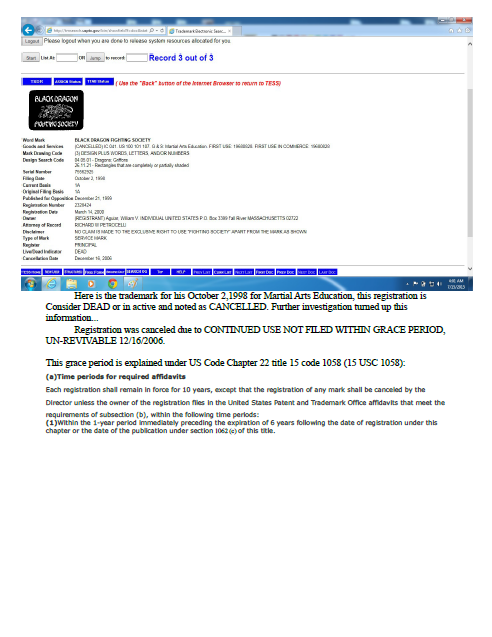 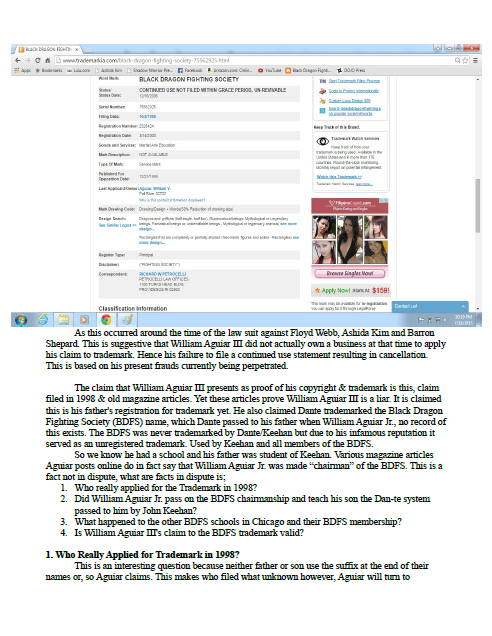 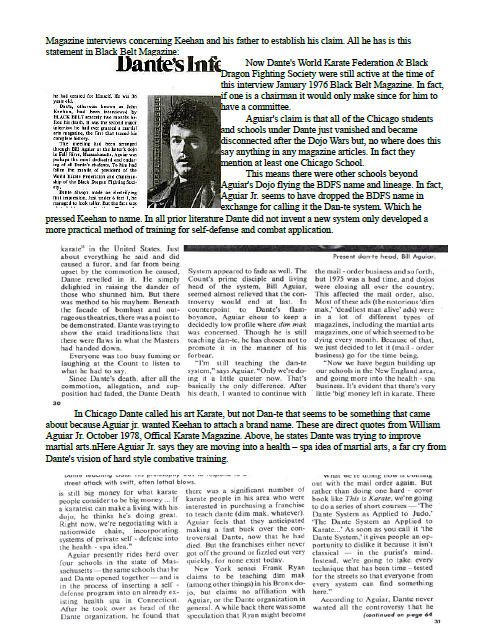 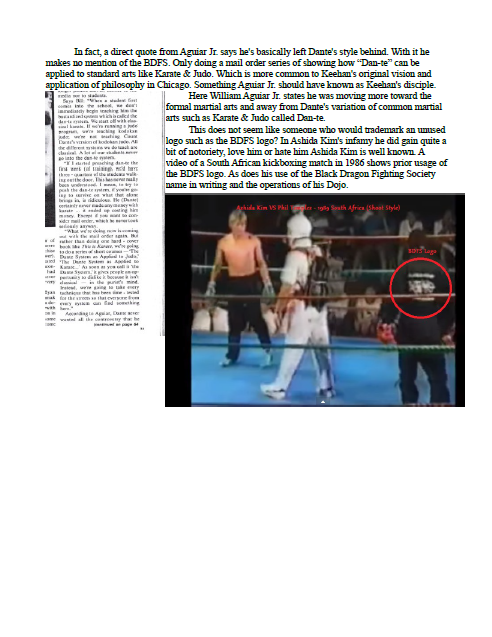 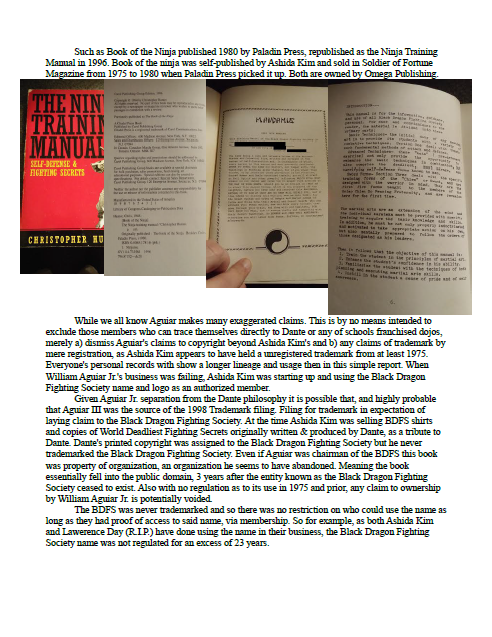 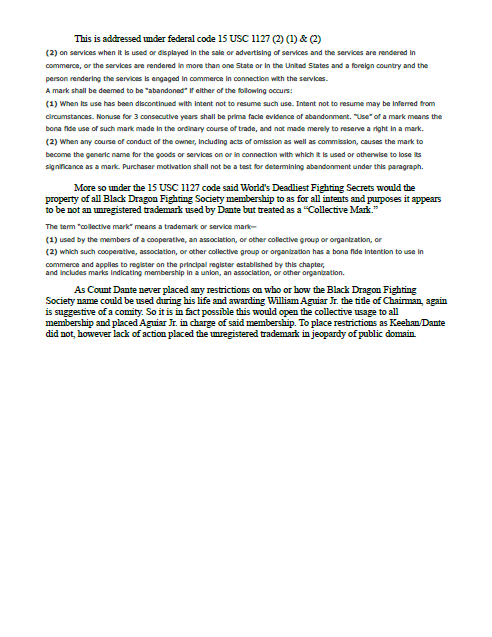 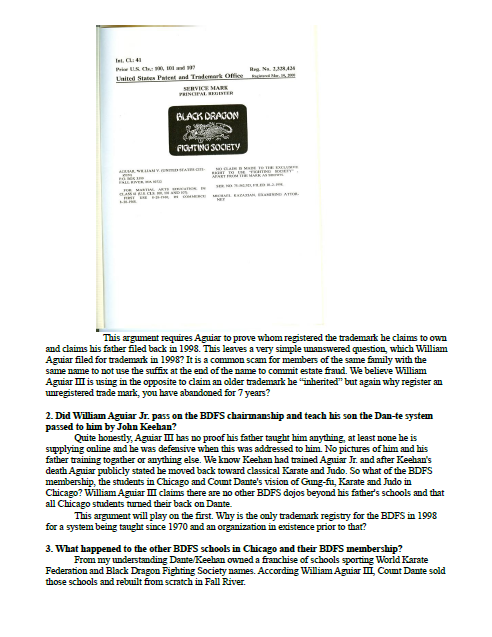 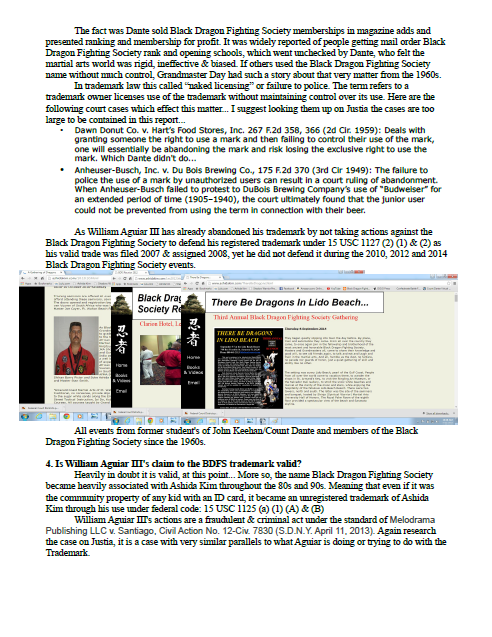 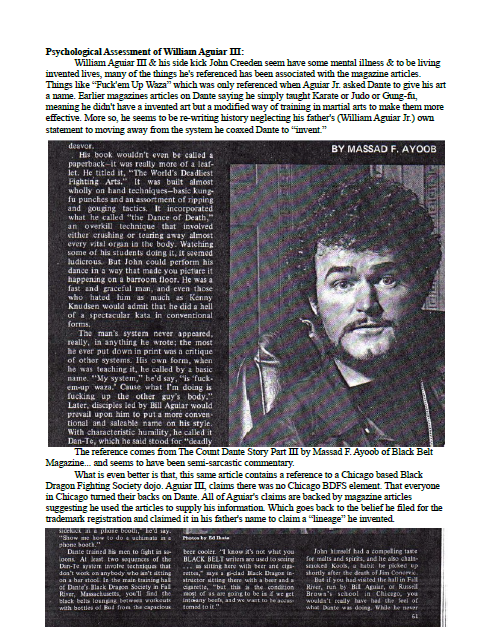 What is the American Kokuryukai?

The American Kokuryukai is a combination fantasy-adventure camp and Secret Society, private social club for martial artists, veterans, servicemen and tactical experts to train in a matter of subjects. The Theme is heavily focused on the Espionage and Strategic Aspects of Ninjutsu, though one need not train in any form of ninjitsu to gain membership. The founding ideas of the organization is to build character and provide reliable skills in martial arts through cross training and various competitions and training camps. Legacy of the Kokuryukai was written as an "instructor's handbook" for members of the American Kokuryukai. Now that the Black Dragon Ninjitsu Home Study Course is available so to is potential membership in the American Kokuryukai which will recruit mainly from the Home Study Course and Black Dragon Ninjitsu Students. This handbook provides history, strategy, tactics and dojo kun philosophy that allows any American Kokuryukai Member to use common forms of Etiquette for planning training events, regardless of martial arts style. Though being based in aspects of Omoto Ryu Tradition, is specifically Japanese... Membership require the sponsorship of an existing member, thus are by invitation only...